A week using an 'old' computer with some discussion on Mastodon. In my case, a Thinkpad T42 with 40Gb hard drive and 512Mb of RAM and a fresh install of OpenBSD 6.9.

Why am I joining in? Well because I have a single core 32bit only non-PAE laptop sitting in the box looking at me. And I like to keep up with OpenBSD (I normally use Slackware). I'm interested in keeping electronics out of landfill where feasible. The first stage of de-cluttering is to get all the old electronics out of the boxes and drawers - I just realised that we have 6 mobile phones not currently in use!

A default installation from a USB stick with the 32 bit image was quick as always, mostly accepting defaults and making sure that xenodm was started by default.

What software to install? One of the other participants also has a Thinkpad T42 and appears to be using mainly command line applications, so I decided to explore the viability of graphical applications on a low specification machine like this. I ended up with...

I'm on the lookout for a light graphical music player. Both Audacious and Quod Libet were chewing up 5% of cpu on top of sndiod's 4 to 5%, so I'm sticking with mpg123 for now. I don't feel the need for a file manager as yet. That could change.


The T42's wifi card is flaky: I was getting firmware errors in dmesg and was dumped into a kernel debug console at one point. I've removed the iwi-firmware and I'm using a wifi dongle instead which uses the urtw driver.

I normally disable Javascript while browsing and I use a hosts file to block many of the advertising domains that infest Web sites with trackers and modal popup windows.

Enabling Javascript in Seamonkey's about:config page and logging onto my bank's personal banking Web application worked remarkably well. The banking application payload took a little time to get started but once fully loaded all functions were navigable if slow. It would be nice if they could just use basic HTML but security (or at least the appearance of being secure) is important for banks.

As I'm using Seamonkey for this project, I thought that I would write this page using the Web page editor component called Composer. Composer has opinions! It won't let me add a <style> section to the header at the moment so I'll end up hand editing the page in mg or emacs  so it blends in with the rest of my site after the week is completed.

I use a gmail account for things like signing up for accounts and as a contact address on this Web site. Google is good at spam filtering. The 'html' version of the gmail Webmail client works fine with Seamonkey's Web browser component so I have set that as the default interface for this week. I have to switch Javascript back on to log in. Seamonkey's email client gets the job done fine for the personal domains.

My 'backup' is really just a folder that I keep synchronised on an NTFS external hard drive. I use rsync to manage the file transfer, having set up a doas.conf file to allow my user to use the ntfs-3g, mount and umount commands.

To save my own wetware memory, I bundle up command lines into files...

Writing a handout about probability using the football as a hook: my Bayesian prior England winning for last night's final was 0.5 simply because of the repeated sorting both teams in the final had experienced in their path through the competition.  You are going to see equally matched sides in this situation.

If Abiword with graphics from Gnumeric and Dia can't manage the handout, I can always fall back on Lyx with the underlying texlive install.

Most of my computer time today was on the L440 Thinkpad (i5, 8Gb) with Debian using Office365, Teams, Zoom and all. And yes, the fans were going with all those electron applications. 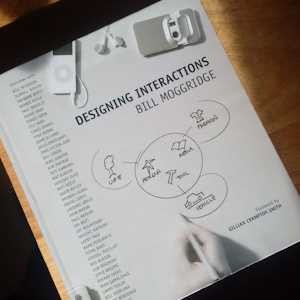 Designing Interactions by Bill Moggridge (MIT Press, 2007) is a chunky book all about how people interact with computers and other kinds of programmable electronic devices. Hint: not by command line.

I've noticed that some of the other participants in this project of Solène's are combining system automation, the complexity of modern library based software development, the use of cloud based services and the use of a graphical user interface on the client machine (i.e. your computer) into a single set of issues. My impression is that the people taking part have always-on fast Internet connections with accounts on a variety of servers and the knowledge to use those.

My feeling (and it is just a feeling, nothing empirical or theoretical) is that the people in society who might have to rely on low specification devices such as my T42 will also have sporadic and low quality Internet access, and will prefer graphical interaction with their applications. I wonder if something like Outlook folders or Lotus Notes like we used back pre-millennium would help their attempts to access online learning.

In those days of trust and slow dial-up, we populated certain folders on our computers with files which were uploaded when we connected to the server (typically once a day). Other people would dial up for half an hour or so to synchronise their files and email and then work on them off line. Common sense social conventions were needed to prevent two people modifying the same files. It sort of worked and had what appeared to me to be a humane rhythm - dial up synchronise, hang up in the morning, do some stuff, then dial up and synchronise again at the end of the day.

My challenge to other participants: read about Tim Mott's work with the 'copy editors' (people who correct the work of an author) at the textbook publisher Ginn in the mid 1970s as part of the Xerox Alto project. Then invite a friend or family member to edit a text file with a few mistakes in it using Leafpad, and then to edit another copy of the same text file using vi or mg (the text editors in the OpenBSD base).

The best online references I could find are

My learning has included

This thread about a Thinkpad R51e laptop on the openbsd-misc mailing list might be of interest for those who wish to continue to use their Old Computers.

I'm off out to take some photos with my shiny high-tech camera... 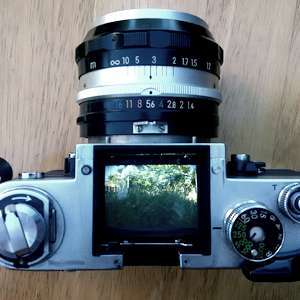 Work this morning with MS Office 365 and setting up a Zoom account and client software on the L440. Office documents read ok in Libreoffice 7 so I can use Debian on the L440.

The fan on the T42 started to sound unhappy, so I removed the keyboard to have a look - can't dismantle fan to put some oil on the spindle without removing the CPU heatsink, which would mean renewing the thermal paste which I don't have. So I put a tiny bit of sewing machine oil on the tip of a small screwdriver onto the stationary bit and the bit that moves in the hope that capillary action will get the droplet to where it needs to be. Still noisy!

So I have switched over to a Thinkpad X60. This is a dual core machine but 32 bit only and I switched one core off in BIOS. 512Mb. 120Gb Hitachi mechanical hard drive but with SATA interface instead of the T42's PATA.

The good news is that LibreOffice will actually run on this 512Mb Thinkpad, but you need to use one application at a time.  I could, if necessary, live on this configuration.

Warm day so mostly outside, not on computers much. This is a typical use pattern for me, some days I'm pre (post?) computer. A lot of what I do is thinking and reading (even for work) and planning stuff.

I booted up my normal non-work computer, a T60 (Core Duo 2, 3Gb RAM, 2T mechanical hard drive, Slackware64 14.2) to update it. I don't think half a gig and a single core would cope with slackbuilds (a bit like ports) much.

I noticed that one of the other participants is actually using a T60 as their old machine for the challenge which is quite funny as I use it for most things and don't find it limiting at all. The T42 was manufactured in 2004, this X60 and the T60 both manufactured in December 2006 (the month and year of manufacture are printed on the serial number sticker on the bottom of the laptop for Thinkpads).

Main takeaways from this week so far

My big dilemma now is what to do with the T42 and its noisy and unhealthy sounding fan. I suspect popping it on ebay as 'not working' so other people can use it for spare parts (screen is really good and bright).