This recipe makes a tasty 50:50 wholemeal / white loaf with reduced salt and a nice crispy crust using supermarket flour and instant yeast. Allow around 24 to 30 hours of clock time and about 1 hour of preparation time including wash up. The ingredients cost less than 50p. 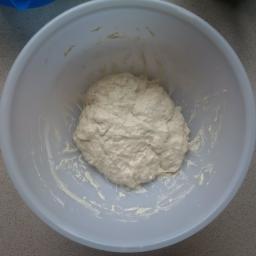 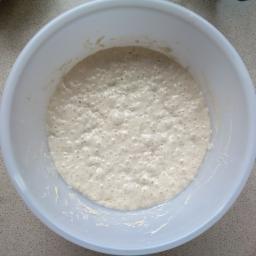 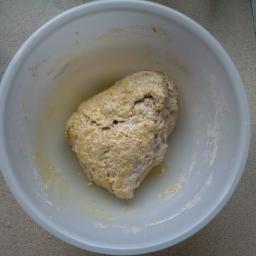 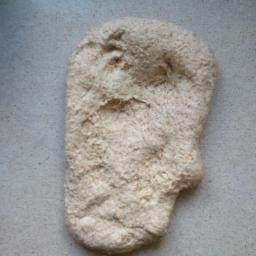 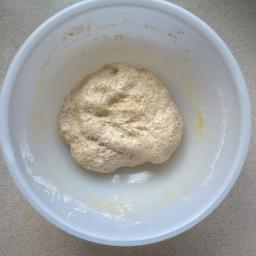 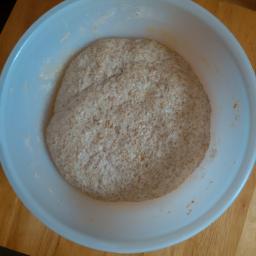 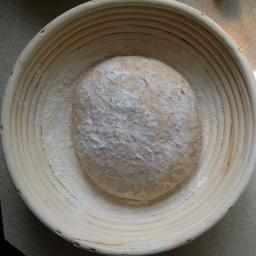 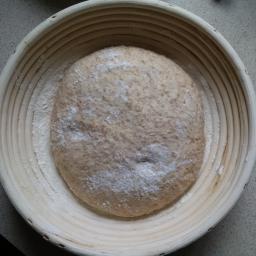 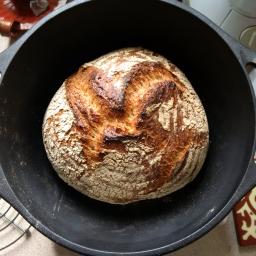 This recipe uses a total of 500g of flour and 290ml of water (58% hydration) together with 3.5g of salt (about half the usual amount) and roughly 1g of instant or quick yeast. I weigh the flour and the water using a digital balance that reads to 1g. You need a large mixing bowl for the poolish and dough and a smaller bowl to hold the wholemeal flour and a set of small fractional teaspoon measures. I cook bread in a heavy cast iron casserole as this helps the crust to develop in my little domestic gas oven. I have baked this bread in a loaf tin as well but with a less good rise.

The ingredients are broken down into two separate stages, the 'poolish' or pre-ferment and the main dough. This allows for a fuller fermentation and the development of flavour over a longer period. See the links at the end of this page for more information about pre-ferments.